The religion Islam comprises the six Kalimas that compiles up to fulfill the doctrine of the faith of a Muslim. They are the First Kalima Tayyab, Second Kalima Shahadat, Third Kalima Tamjeed, Fourth Kalima Tauheed, Fifth Kalima Astaghfar, and the Sixth Kalima Radde Kufr.

The literal meaning of the word “Tamjeed” in English is “Glory, Virtue or Greatness.” Whereas the Third Kalima reflects the glory and greatness of Allah, who alone is the sustainer and creator of this world. Believing and following the Six Kalimas is the core principle of every Muslim.

The Teesra Kalima in Arabic states that:

that can be translated as: “Glory be to Allah and all praise be to Allah, there is none worthy of worship except Him, and Allah is the Greatest. There is no might or power except Allah, the Exalted, the Great One.”

What The 3rd Kalima Conveys Us?

The Kalima Tamjeed reflects the virtues of power and glory of Allah who alone is the Sustainer, Creator, and Holder of this universe. Neither He needs a partner nor He needs a helping hand. The Third Kalima is a way for a believer to testify the greatness and power of Allah. Besides the greatness of Allah, the words “SubhanAllah” & “Allah hu Akbar” reflects the virtue of glory to Allah and the almightiness of Allah.

Impact Of Kalima Tamjeed In The Life Of Individual:

By strongly believing in Kalima Tamjeed a Muslim directs his deeds and actions in a right way which are pleasurable and acceptable near Allah. He assures himself by avoiding sins that there is a superior power above him, who is constantly eyeing him. The recitation of Third Kalima also calms an individual because all the traits of praises of Allah (SWT) are included in this Kalima Tamjeed.

The elegance of Third Kalima Tamjeed:

If we go through the Kalima Tamjeed in Arabic we would observe that there are 4 Tasbih’s included in the Kalima, they are:

Subhan Allah (سبحان الله): Meaning Allah is perfect in every sense and there are no defects in Him.

Allahu Akbar (الله أكبر): Meaning Allah is greatest in all aspects not just in a single’s life but in this whole might universe.

Alhamdulillah (الحمد لله): Meaning all praise and thanksgiving belongs to Allah, the Sustainer, the Creator.

La ilaaha illa Allah (لا إله إلا الله): Allah is alone and there is no God worthy of worship except Him.

To conclude, if a Muslim wants his actions to be governed and followed in the right way then following and reciting the Third Kalima daily must be his vital principle. It reflects that there is a much higher authority above all the majesties and above all the rulers, who alone is the ruler and controller of this world. 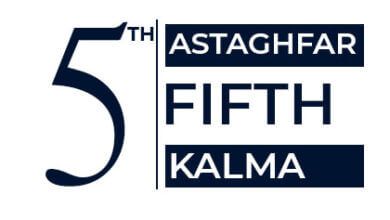 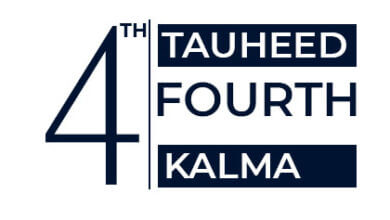 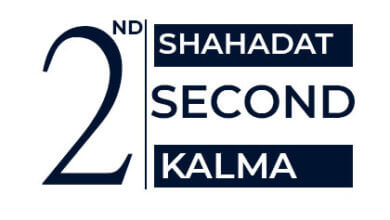